At 77-years-of-age and after more than 35 years supporting patients, Lornie puts her feet up for good.

“That’s probably one thing I’ll get done when I finish work, I’ll get my house painted where it’s scorched, that would be nice,” mused Lorraine ‘Lornie’ Adams.

“They keep telling me I’m hard as nails. I like to let them think that,” chuckled the retiring Food and Patient Support Services (FPSS) site supervisor, while standing next to life-size cardboard cut-outs of country music singers Garth Brooks and Tim McGraw.

“My team gave them to me as a birthday present recently, I’m a mad fan. We (the team) have a great time; it’s fun to come to work.”

Nestled in the hills of the Snowy Mountains in southern NSW, the HealthShare NSW team at Batlow Hospital are tight knit, despite Lornie being well known for her stern and strong leadership.

“She is the salt of the earth. She’s never afraid to call a spade a spade, or a spade a shovel,” said Wayne Rose, FPSS Sector Manager for Southern and Murrumbidgee East Local Health Districts.

“They broke the mould when they made this lady. Her only aim in life is to serve her family, her work family and the community.”

Lornie revealed it’s difficult to stay away from work sometimes.

“When I’m not at work, if I’m on leave, I’ll even come down just to have a cup of coffee with them (the team). That’s what I’m going to miss. I’ve made lifelong friends,” said Lornie.

“I usually tell them every day that they are a great team. We have lots of laughs and our huddle time is the best time of day.”

Born as one of the eldest girls in a family of 11 children and losing her mother when she was young, Lornie left school at 15-years-of-age to begin work.

“I’ve always been a sort of a hands-on worker,” she said.

“I started working at the general store and post office in Laurel Hill when my dad got a job at the mill there and I’ve been working ever since.”

Starting with NSW Health in 1984 in the old Batlow Hospital after having four children, Lornie says it’s a unique workplace where you usually know all of the patients.

“Being a small town it’s hard sometimes, particularly supporting our people in palliative care. We make special food for them, whatever they like. I like to think someone would do these things if it were my family in hospital.

“We interact a lot with the older residents here at the hospital too. If the nurses are busy we will help them, like with eating or something. It’s not in our job description but we do it anyway.

“We’ve got one patient, I just love going and talking to; she’s got the best memory and tells you everything from way back when. You can’t get out of her room. Someone needs to write a book for her.”

When asked to recall her most challenging time as a leader, Lornie says learning how to use a computer and coordinating her team during the 2020 bushfires takes the cake.

“As a manager it was scary because you didn’t like asking people to come in and help if they were going through their own crap,” said Lornie.

“They were amazing, we got most of the cleaning done. We had a meeting at the RSL club with the fire mob and they just told us we had to get out because the town couldn’t be defended.”

That next day, fire ripped through Batlow and surrounds, sparing the Hospital and a few homes.

“That was the worst thing I have ever, ever seen in my whole life. It was just so devastating,” reflected Lornie.

As her team and the town rebuild, Lornie is looking forward to spending some time with her nine grand-children, five great grand-children and doing some work around home.

To view current roles available across the State with HealthShare NSW go to the careers page. 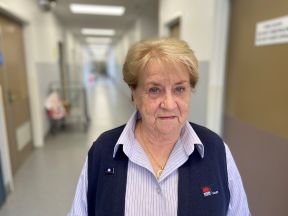 Read this article in our PDF Newsletter

Back to the top of this page